This panel will cover the rapidly expanding market for cannabinoids other than CBD, including intoxicating cannabinoids from hemp. We will discus the cannabinoids most likely to emerge on the market and describe how they are produced, marketed, and their effects on humans. Panelists will review the unique legal and regulatory issues that emerging cannabinoids present to lawyers and strategies for addressing them. Throughout this presentation, the experts will engage substantively with each other about differences in opinions in an effort to tease out nuanced, often overlooked, and unsettled areas of law. 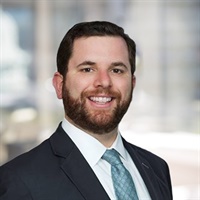 Neil M. Willner is the Co-Chair of the Cannabis Group at Royer Cooper Cohen Braunfeld. Neil counsels hemp and marijuana companies operating on all tiers of the supply chain on the complex patchwork of state and federal regulation. Relying on his deep knowledge of state-specific marijuana and hemp rules, Neil assists clients in strategically navigating the disharmonized industry. Neil also serves as regulatory counsel to the American Trade Association for Cannabis and Hemp’s CBD Task Force and Cannabis Beverage Council where he quarterbacks policy development and the drafting of responsive comments to state and federal agencies. 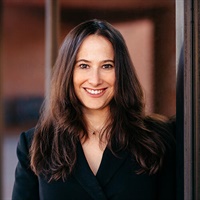 As co-chair of the VS Hemp and Cannabinoids Department, Shawn advises clients on the unique legal landscape governing cannabinoids and hemp, helping them form compliant business structures, maintain compliance with hemp and food and drug laws as they evolve, and develop informed solutions that best position them for success at the at state, national, and international levels.

With more than a decade of experience in cannabis law and policy, Shawn is a go-to source for businesses, industry groups, governments, and reporters seeking opinions, analysis, and guidance on cannabis and hemp law and policy matters. She is on the Board of Directors of the International Cannabis Bar Association, and was on the steering committee for the American Hemp Campaign, a project of Vote Hemp which was instrumental in legalizing hemp in Texas in 2019. In 2023, Shawn was recognized by her peers in the "Best Lawyers" list for her work in cannabis law. In 2021 and 2022, Shawn was recognized by Chambers and Partners as one of the top cannabis lawyers in the United States. She has been named one of "Denver's Top Lawyers" by 5280 magazine since 2015 and was listed in Denver Business Journal's "40 Under 40" in 2021.

Since directing Sensible Colorado's local government implementation team following the passage of Amendment 64, Shawn remains active in policy work with local and state governments in Colorado and Texas and is passionate in supporting the development and implementation of marijuana and hemp regulations that advance the cannabis industry in a dynamic and responsible manner. After attending law school at the University of Denver, Shawn was an associate attorney at McAllister, Darnell & Gottlieb PC, one of the first marijuana-focused law firms in Colorado. 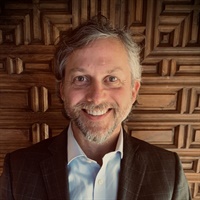 Rod is a cannabis business law attorney. Based in North Carolina and Mexico, Rod represents legal cannabis businesses throughout the world and is editor and chief writer of the Kight On Cannabis law blog. Rod is the author of “Cannabis Business Law-What You Need to Know”, published by Aspatore Books. He has served on the advisory board for the American Journal of Endocannabinoid Medicine, for which he has also written a legal column. Rod also created the “Source Rule”, which is widely regarded as a primary legal foundation for the contemporary hemp market in cannabinoids and other cannabis materials.

Rod is frequently quoted on cannabis matters by trade publications and major media outlets including the Wall Street Journal, Time, Politico, and Business Insider. Additionally, Rod has been listed in MG Magazine's list of "30 Powerful Litigators", Hemp Connoisseur Magazine’s list of “100 People You Should Know”, and High Time's "2020 Leaders in Cannabis Law." He is part of the legal teams in two high-profile cases against the DEA and the Texas Department of State Health Services regarding hemp extracts, has drafted and presented cannabis legislation to a foreign head of state, is a member of the board of directors of a publicly traded Canadian cannabis and psychedelics company, testified to the FDA about CBD and cannabis compounds, and is a partner in a Mexican import-export company focused on legal cross-border hemp transactions. Rod routinely advises in-house counsel and C-suite level executives on cannabis issues. He has discussed cannabis legal issues in numerous seminars to lawyers, business executives, and public officials and is regularly asked to be a guest speaker on US and inter- national podcasts about cannabis and psychedelics. 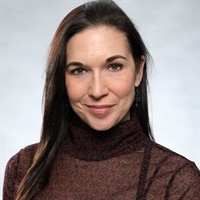 Prior to joining cbdMD, Dr. Swift was the Senior VP for Scientific & Regulatory Affairs at the Natural Products Association (NPA) where she led the association’s work in Codex, the Supplement Safety & Compliance Initiative (SSCI), and FDA policy. Prior to her time at the NPA, Dr. Swift was the associate director for research and strategy at the US Food and Drug Administration (FDA), where she directed the Office of Dietary Supplement Programs research agenda and worked closely on office policy and enforcement.

Dr. Swift will oversee the CbdMD’s GMP compliance, internal product quality and safety initiatives, and direct the Company’s scientific work performed in support of world-wide regulatory submissions and claims substantiation. These efforts, and her outside work with standards setting organizations, such as AOAC’s CASP group demonstrates the Company’s continued commitment to providing its consumers with products that meet the highest regulatory standards for quality and safety.