Federal Policy: The Elephant (and Donkey) in the Room

Two DC insiders, Saphira Galoob, Managing Director of the Liaison Group, and Amber Littlejohn, Executive Director of the Minority Cannabis Business Association, will discuss a bird's-eye view of Democratic and Republican approaches to federal cannabis reform. Both parties have introduced sweeping legalization proposals, with each party trying to control the federal cannabis narrative—so who will deliver the first victory? Who has proposed legislative reform that can pass? What are the major differences between Leader Schumer and House Reps. Joyce or Mace’s federal framework proposals? Is bipartisan reform a pre-requisite or even possible? Who will take control of this issue in anticipation, or as a result of the midterm elections in November 2022?
Join us for a comparison of the leading proposals in Congress (CAOA, States Reform Act, Commonsense Cannabis Reform Bill, HOPE Act). 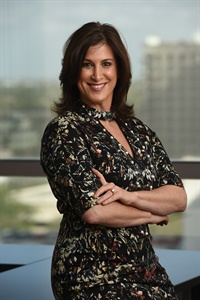 Saphira Galoob is the Principal and CEO of? The Liaison Group?(TLG).? The Liaison Group was the first – and remains the only – Washington, DC-based lobbying firm focused exclusively on the cannabis industry.? She was the driving force for the creation and launch of the?National Cannabis Roundtable.? As the coalition’s Executive Director, she oversees the organization and leads federal policy initiatives for the country’s leading cannabis operators, including Cresco, Trulieve, Pura Vida, and others.? Other clients include the California Cannabis Industry Association, the most influential state-based cannabis trade association, which currently counts more than 500 businesses and 670 brands among its membership.?

A keen strategist who prioritizes transparency and collaboration, Saphira works closely with the both the House and Senate Cannabis Caucus and Working Groups.? She was recently selected by POLITICO as?Who to Know on K Street?for cannabis lobbyists and was named the 2020 Influencer of the Year by the Industry Power Women Awards.? Saphira received her Juris Doctorate from the Oklahoma City University School of Law and a Master's in International and Comparative Law (L.L.M.) from Georgetown University School of Law. She regularly speaks on US cannabis policy at events in the US and internationally. She lives in the DC-area with her family. 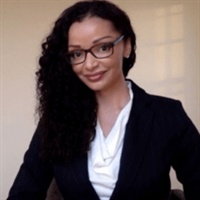 Amber Littlejohn is a policy attorney, strategist, and veteran advocate for emerging and embattled industries. She currently serves on the Board of INCBA and as Executive Director of the Minority Cannabis Business Assocation. She is the author of the Minority Cannabis Business Assocation National Equity Report and creator of the Equity Map. She has testified before Congress and appeared in many national media outlets including the New York times, Washington Post, CNN, and Forbes.

Prior to her role as Executive Director, she represented MCBA as Senior Policy Advisor, where she helped develop and implement MCBA’s successful federal policy program. Prior to her work with MCBA, she was a business owner, counselor, and advocate for the cannabis and natural products industry including roles at the American Herbal Products Association and Natural Products Association. Through her policy and advocacy work, she has served underrepresented business interests and communities to diversify, expand and stabilize emerging markets. 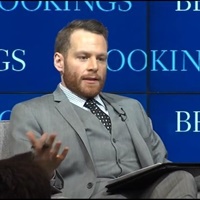 John Hudak is deputy director of the Center for Effective Public Management and a senior fellow in Governance Studies. His research examines questions of presidential power in the contexts of administration, personnel, and public policy. Additionally, he focuses on campaigns and elections, legislative-executive interaction, and state and federal marijuana policy.

John’s 2016 book, Marijuana: A Short History, offers a unique, up-to-date profile of how cannabis emerged from the shadows of counterculture and illegality to become a serious, even mainstream, public policy issue and source of legal revenue for both businesses and governments. In it, he describes why attitudes and policy have changed, and what those changes mean for marijuana's future place in society.

His 2014 Presidential Pork: White House Influence over the Distribution of Federal Grants demonstrates that pork-barrel politics occurs beyond the halls of Congress. Presidents capitalize on their discretionary funding authority to target federal dollars to swing states in advance of presidential elections. His other work explores how agency staffing, expertise, and institutional structure facilitate or hinder presidential power and influence. This research explores the balance between political control and bureaucratic expertise in the delivery of public policy.