Papering deals in cannabis is fraught with industry-specific risk and special considerations need to be taken into account at every turn. From LOIs to closing conditions, learn what you need to look out for on the drafting side of Finance and M&A, with an emphasis on how diligence informs drafting, closing conditions, and how to draft current and prospective valuations into your deal documents. 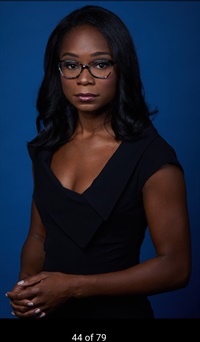 Lauren Linder is President of Parallel Georgia and Deputy General Counsel for the parent company, Parallel Brands. A native of Atlanta, Georgia, she graduated from Pace Academy before receiving her bachelor’s degree from Brown University. She attended Duke University where she received her Juris Doctor before returning home to Atlanta. Lauren joined Kilpatrick Townsend & Stockton in 2007 as an associate and Turner Broadcasting as counsel in 2011. While at The Weather Channel (2015-2019), she held the leadership positions of Director, Business and Legal Affairs, and then of Vice President, Associate General Counsel, where she advised the company on all aspects of the business including transactional, compliance, regulatory, and litigation matters. Lauren left The Weather Chanel in August 2019 to join Parallel. In her role as Deputy General Counsel, she has led compliance and regulatory initiatives in both our Florida and Massachusetts markets, as well as provided legal guidance at the corporate level. In her impressive young career, she has also been named to the Atlanta Business Chronicle’s 40 Under 40 list in 2018, as well as Daily Report’s On the Rise list in 2019. Lauren was named to Savoy magazine’s 2018 Top Black Lawyers list. A former debater, Lauren is a frequent speaker and panelist on a range of issues relating to corporate law and cannabis. 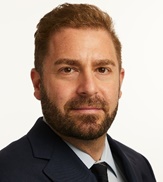 Matthew Kittay is Co-Chair of Fox Rothschild’s Mergers & Acquisitions Practice Group. He is nationally recognized as an innovative leader who guides businesses, investors and entrepreneurs to achieve the corporate financing and structures that drive their success.  Matthew has deep experience in structuring mergers and acquisitions and securing private equity and venture capital for a wide range of companies, particularly in the technology, software, cannabis, manufacturing and health care sectors. He serves as Outside General Counsel for emerging and growth-stage companies, advising clients on a host of regulatory and corporate matters and resolving a range of legal issues as they arise.

Matthew is ranked Band 1 by Chambers USA as a leading corporate attorney for his transactional work with clients in the cannabis sector. Following a string major deals he closed in 2019, The National Law Journal recognized him as a Trailblazer in Cannabis Law.  A leader in his legal communities, he is Co-Chair of the Angel Venture Capital Subcommittee and as the M&A Technology Subcommittee's Liaison to the Legal Analytics Committee of the American Bar Association’s Business Law Section.  Among his community service activities, Matthew he has served on Brown University’s Communications Advisory Committee to the President since 2017, and was awarded a Protector Pioneer Award for pro bono services at the United Nations in 2019. 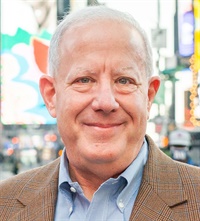 David N. Feldman concentrates his law practice on corporate and securities law and mergers and acquisitions, as well as general representation of public and private companies, entrepreneurs, investors, and private equity and venture capital firms. David has represented a wide range of clients in the legal cannabis and psychedelics industries since 2013. He provides guidance on private placements, public offerings, loan structuring and fund formation for cannabis companies, as well as corporate structuring advice and applications for grow, processing and dispensary licenses. He also advises on risk assessment issues for large, multinational businesses seeking to enter the cannabis industry. The global guide Chambers & Partners ranked Mr. Feldman as a leading US attorney in cannabis law and one of only seven US lawyers in “band 1” for corporate and transactional work in the industry. In addition, the National Law Journal named him a “Cannabis Law Trailblazer” and Business Insider named him as a top lawyer in the cannabis industry. He has also been listed several times in the Top 200 Cannabis Lawyers published by Cannabis Law Digest. David is the former team lead of an AmLaw 100 firm’s 60-attorney Cannabis Industry Group. He frequently speaks at industry conferences and is quoted by numerous publications about legal developments and business and finance news in this rapidly expanding market. In addition to serving as Managing Partner of Feldman Legal Advisors PLLC, he is co-founder and CEO of Skip Intro Advisors, LLC, a cannabis and psychedelics-focused business consutling firm focused on strategic guidance, finance and M&A and regulatory advice. In a recent win, last year he served as M&A advisor and also counsel to Keystone Canna Remedies, a three-dispensary group in Pennsylvania, in their sale to TerrAscend at a $70 million enterprise value.

David also advises emerging growth companies in a range of industries with regard to alternatives to traditional financing through initial public offerings, and is considered an authority on public offerings through SEC Regulation A+. He published a book on that subject, called Regulation A+ and Other Alternatives to a Traditional IPO (John Wiley & Sons), in 2018. David has also published The Entrepreneur’s Growth Startup Handbook: 7 Secrets to Venture Funding and Growth Success (2013) and the award-winning Reverse Mergers and Other Alternatives to a Traditional IPO (First Edition 2006, Second Edition 2009). A Wharton School and University of Pennsylvania Law School graduate and former Chair of Wharton’s worldwide alumni, David is not just a lawyer – he’s a community builder. He’s run, built, bought, invested in, and sold businesses. He feels his clients’ pain but provides the objective outsider’s point of view that founders need.